The word glima translates as glimpse or flash in scandinavian tounges.

Glima as a self-defence system contains throws, strikes, kicks, chokes, locks, pain techniques and weapon techniques. Glima as self-defence was the foundation for the Viking warrior, and these techniques are still practiced in Scandinavia, Europe, North America and South America.

What is known is that according to the Jónsbók law book from 1325 AD., original Norwegian settlers in Iceland brought Viking wrestling and the Glima combat systems with them to the island.

Glima is mentioned in the medieval Icelandic book of laws known as Grágás (Gray Goose Laws),  a collection of earlier Norwegian laws, there were rules for wrestling. 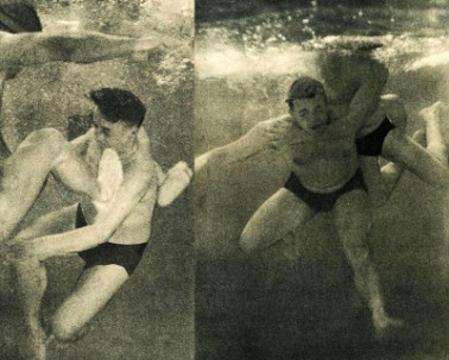 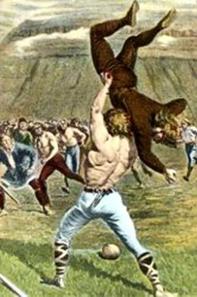 Glima is refrenced in Ancient Norse texts. In the Prose Edda, in the Gylfaginning one can read how the Norse God Thor took his journey to Utgards-Loki and was defeated in a wrestling match by the female jötunn Elli (Old Norse “Elli” means “old age”).

Jana K. Schulman - Jo´nsbo´k: The Laws of Later Iceland; The Icelandic Text According to MS AM 351 fol. Ska´lholtsbo´k eldri