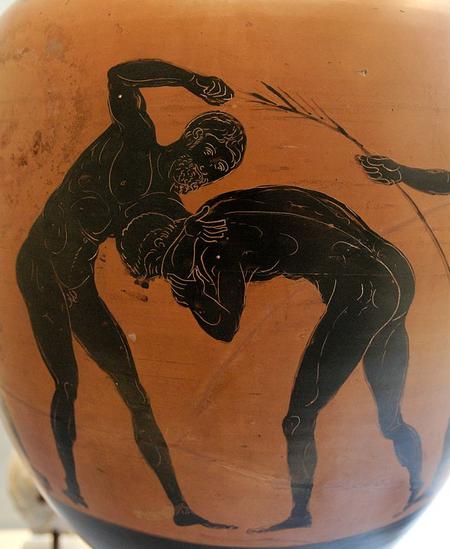 was a sporting event introduced into the Greek Olympic Games in 648 BC and founded as a blend of boxing and wrestling but with limited regulation. The only things not acceptable were biting and gouging of the opponent's eyes. The term comes from the Greek παγκράτιον [paŋkrátion], literally meaning "all might" from πᾶν (pan-) "all" and κράτος (kratos) "strength, might, power".